William Greider talks about a new moral order for capitalism, drawing from his new book [amazon-product text=”COME HOME, AMERICA: The Rise and Fall (and Redeeming Promise) of Our Country” type=”text”]1594868166[/amazon-product].  And in the Sea Change ViewPoint, Hazel Henderson of Ethical Markets Media predicts the rise of “new financiers” whose prime currency is information, not money.

END_OF_DOCUMENT_TOKEN_TO_BE_REPLACED

Commentator Hazel Henderson of Ethical Markets Media thinks the outline of a new, moral financial system is beginning to rise from the ashes of the old. Its being ushered in by what she calls “the new financiers”…

END_OF_DOCUMENT_TOKEN_TO_BE_REPLACED 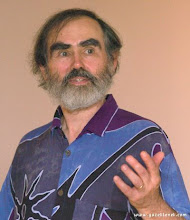 The market meltdown is spurring an urgent response from Congress, with both houses debating and revising versions of the Troubled Asset Relief Program (TARP) bill on an hourly basis. The bill revises the President’s proposed bailout of financial institutions, which some call “Cash for Trash.” CWR co-hosts Francesca Rheannon and Bill Baue interview US Representative (D-MA) Barney Frank, chair of the House Financial Services Committee that is now ushering the Troubled Asset Relief Program bill, or TARP, through Congress. While many question whether this bailout is the best path out of the market meltdown, others are proposing a road to recovery paved in green. Bob Pollin of the Political Economy Research Institute co-authored a report on the Green Recovery that was released last week with the Center for American Progress. Francesca and Bill interviewed him here at the University of Massachusetts in Amherst the day after he testified before the House Select Committee on Energy Independence and Global Warming at a hearing entitled “The Green Road to Economic Recovery.”

Listen to the full 25-minute interview with Bob Pollin In this special preview edition of this week’s show, CWR co-hosts Francesca Rheannon and Bill Baue interview US Representative (D-MA) Barney Frank, chair of the House Financial Services Committee that is now ushering the Troubled Asset Relief Program bill, or TARP, through Congress. The bill revises the President’s proposed bailout of financial institutions to the tune of $1 trillion, which has been labeled “Cash for Trash.” The bill is changing practically by the hour, and we caught Rep Frank today as the bill makes its way toward debate in Congress.

Check back and tune in Wednesday for the full show, which will include this interview, as well as a conversation with Bob Pollin of the Political Economy Research Institute at the University of Massachusetts in Amherst in his new Green Recovery report, and the CWR ViewPoint from futurist Hazel Henderson of Ethical Markets on the market meltdown. Renowned Futurist Hazel Henderson discusses her new book, Ethical Markets: Growing the Green Economy, and the paradigm shift from our current economy measured in Gross Domestic Product to a new, sustainable economy measured by such yardsticks as the Buddhist country of Bhutan’s Gross National Happiness or Henderson’s own “love economy.” Francesca Rheannon and Bill Baue co-host.